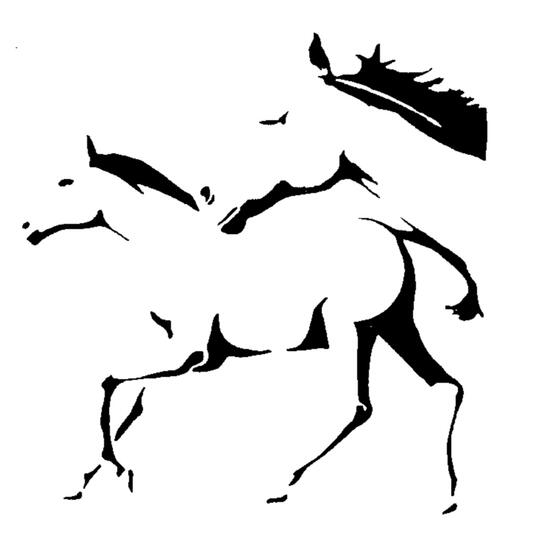 Richard Ulbrich published in 1995, after 20 years of research, his seminal book, RICHARD ULBRICH'S PEERAGE OF RACEHORSES. It is the ultimate sources of information of the historical thoroughbred, with over 27,000 entries on the colts, fillies and mares which have influenced and dominated the breed from the mid-1800s to 1994. The book is an essential investment for all breeders and buyers of the thoroughbred.
It is obvious that pedigrees are more than just names on pages. Ulbrich's Peerage specifically rectifies this omission. Based on the classic/major stakes winners of the world, a typical entry in the 1146 page, A4 sized, 2.3 kg, and 5cm deep book, contains between 50 and 800 words on each horse, including details such as Parentage, Bruce Lowe family Number, Performance, Timeform Rating©, Average Winning Distance, relevant contemporary comments on the horse, and influential progeny.
Despite 30 years of research, Ulbrich's Peerage does not boast a plethora of names, just over 27,000, but those entries embraced by "Peerage" are the names that dominate the breed.
What People thought of the book those many years ago…

"A Must!... Ulbrich has boldly gone where no researcher has gone before, into realms of treating females with some overdue equality... the user will have access to information not before grouped in one place." Peter Tonkes

"A Must for all serious pedigree readers and enthusiasts.. In one incredible publication, Richard Ulbrich has provided the mean to plug all but the very, very obscure gaps." Tim Greene.

"The book is a monumental achievement without international barriers ... (and) the beauty of Peerage goes well beyond this incredible compilation of essential reference material as much as the information provides fascinating and lasting enjoyment." Leon Rasmussen.

"There is a vast amount of correct data within these pages ...(but) a mishmash of badly ordered data, in which the unimportant and irrelevant are commonly emphasized at the expense of the truly significant." (Tony Morris, Racing Post, Feb. 8 - amongst criticism of style - but not content.)

"A valuable reference .. serves a valuable adjunct to computer records for those who wish to extend knowledge of their female families beyond the information available in computer databases." (John P. Sparkman, The Thoroughbred Times, 14 Jan., 95).

"Author Ulbrich delivers (the) goods ... New book a must for aficionados ... billed as the essential Who's Who of the modern Thoroughbred"; something it more than lives up to." (S.H. Fernando, Daily Racing Form)

Richard was born in Peterborough, England, in 1931, not far from the heart of English racing, Newmarket, which he visited often as a schoolboy. He spoke often warmly of seeing Nasrullah and Tudor Minstrel (a horse which, he said, remained his most visible impression) race there in the 1940s; a time he considered to be the "golden age" of British race-riding, where the great riders Sir Gordon Richard, Charlie Smirke, Charlie Elliot and Harry Wragg stood apart from a coterie of accomplished horsemen.

That nostalgic background created a lifelong love of thoroughbreds that possibly, over the years, resulted in the most compressive study of the history of the horse-racing ever undertaken since Bobinski. His lifetime of research culminated in three acclaimed publications; See How They Ranin 1981, The Great Stallion Book in 1984, and the ultimate companion volume Richard Ulbrich's Peerage of Racehorses in 1994.

Widely travelled and having lived in England, South Africa and Australia, he always felt that he was lucky to have lived in a time when horse, rider and trainer were the centrepiece of the sport, rather than small cogs in a commercial vehicle. With rare insight and true empathy for the horse itself, Richard will remain a voice for the breed forever. He only had one theory about thoroughbred breeding; "breed your best with the best available and hope for the best."
Richard died in 2016, in Brisbane, Australia, after a long battle with cancer.

Ulbrich's Peerage is the database built on the book, and while the book had only 27,000 entries but the database has over 50,000 (and growing). It resides at Equinopedia.org, a website built on the same software as Wikipedia. Subscriptions is $19 per year.

With over five million words (but currently lacking some features such as pedigrees), the software does however create a unique platform to organize Richard's work in ways not yet envisaged.

Richard believed in this quote, from an author unknown: "Breeders fall into three categories - the FATALIST, the DOGMATIST, and the EMPIRICIST. The FATALISTS has given up endeavours to understand the principles of heredity and leave their matings to hazard or fancy. The DOGMATISTS apply the systems of those who proclaim that they have discovered an infallible formula for the production of high-class animals. The EMPIRICISTS, aware that they do not know the mechanism of the transmission of specific characteristics, seek a guide in the past by the study of origins. The results of history have established the failure of the Fatalist and the Dogmatist."

Ulbrich Peerage is for the Empiricists!